Bahai Writings for the 21st Century

Regarding the eating of animal flesh and abstinence therefrom, know thou of a certainty that, in the beginning of creation, God determined the food of every living being, and to eat contrary to that determination is not approved. For instance, beasts of prey, such as the wolf, lion and leopard, are endowed with ferocious, tearing instruments, such as hooked talons and claws. From this it is evident that the food of such beasts is meat. If they were to attempt to graze, their teeth would not cut the grass, neither could they chew the cud, for they do not have molars. Likewise, God hath given to the four-footed grazing animals such teeth as reap the grass like a sickle, and from this we understand that the food of these species of animal is vegetable. They cannot chase and hunt down other animals. The falcon hath a hooked beak and sharp talons; the hooked beak preventeth him from grazing, therefore his food also is meat.

But now coming to man, we see he hath neither hooked teeth nor sharp nails or claws, nor teeth like iron sickles. From this it becometh evident and manifest that the food of man is cereals and fruit. Some of the teeth of man are like millstones to grind the grain, and some are sharp to cut the fruit. Therefore he is not in need of meat, nor is he obliged to eat it. Even without eating meat he would live with the utmost vigour and energy. For example, the community of the Brahmins in India do not eat meat; notwithstanding this they are not inferior to other nations in strength, power, vigour, outward senses or intellectual virtues. Truly, the killing of animals and the eating of their meat is somewhat contrary to pity and compassion, and if one can content oneself with cereals, fruit, oil and nuts, such as pistachios, almonds and so on, it would undoubtedly be better and more pleasing. (‘Abdu’l-Bahá, from a Tablet – translated from the Persian)

Thou hast written regarding the four canine teeth in man, saying that these teeth, two in the upper jaw and two in the lower, are for the purpose of eating meat. Know thou that these four teeth are not created for meat-eating, although one can eat meat with them. All the teeth of man are made for eating fruit, cereals and vegetables. These four teeth, however, are designed for breaking hard shells, such as those of almonds. But eating meat is not yet forbidden or unlawful, nay, the point is this, that it is possible for man to live without eating meat and still be strong. 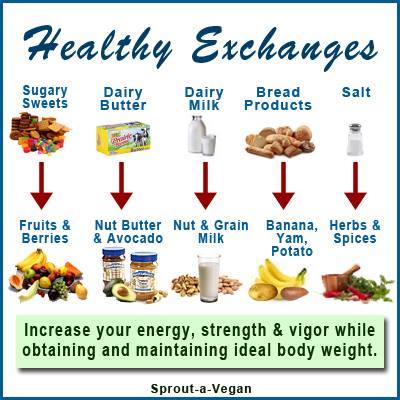 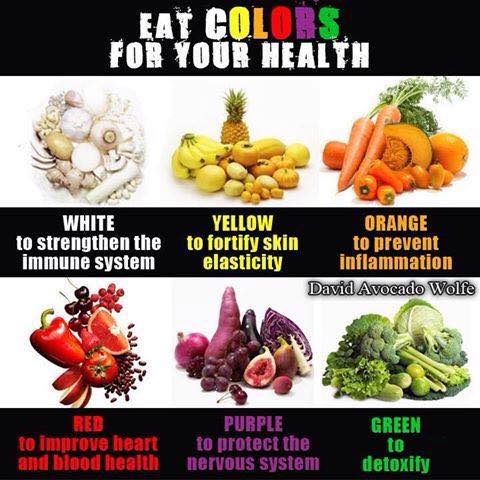 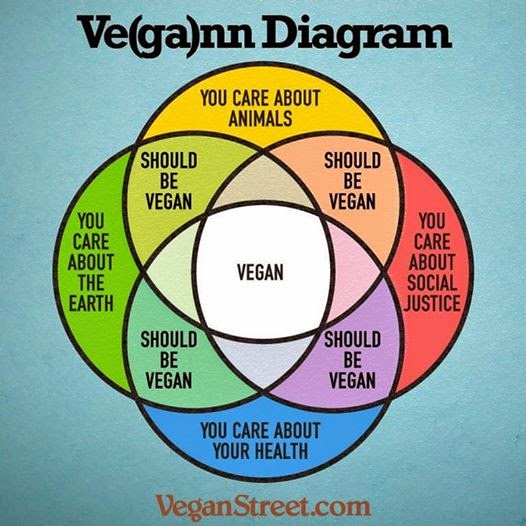 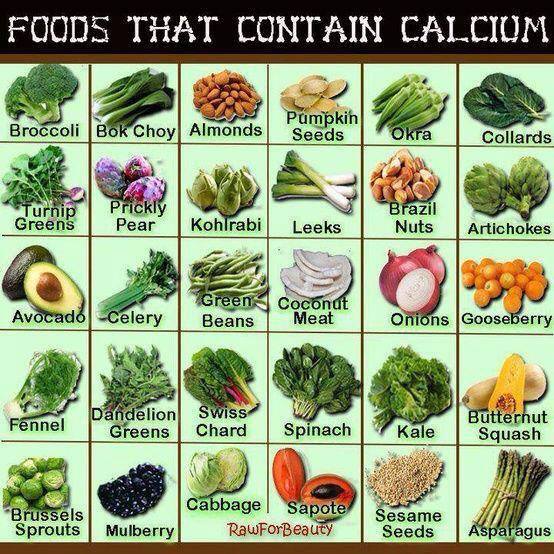 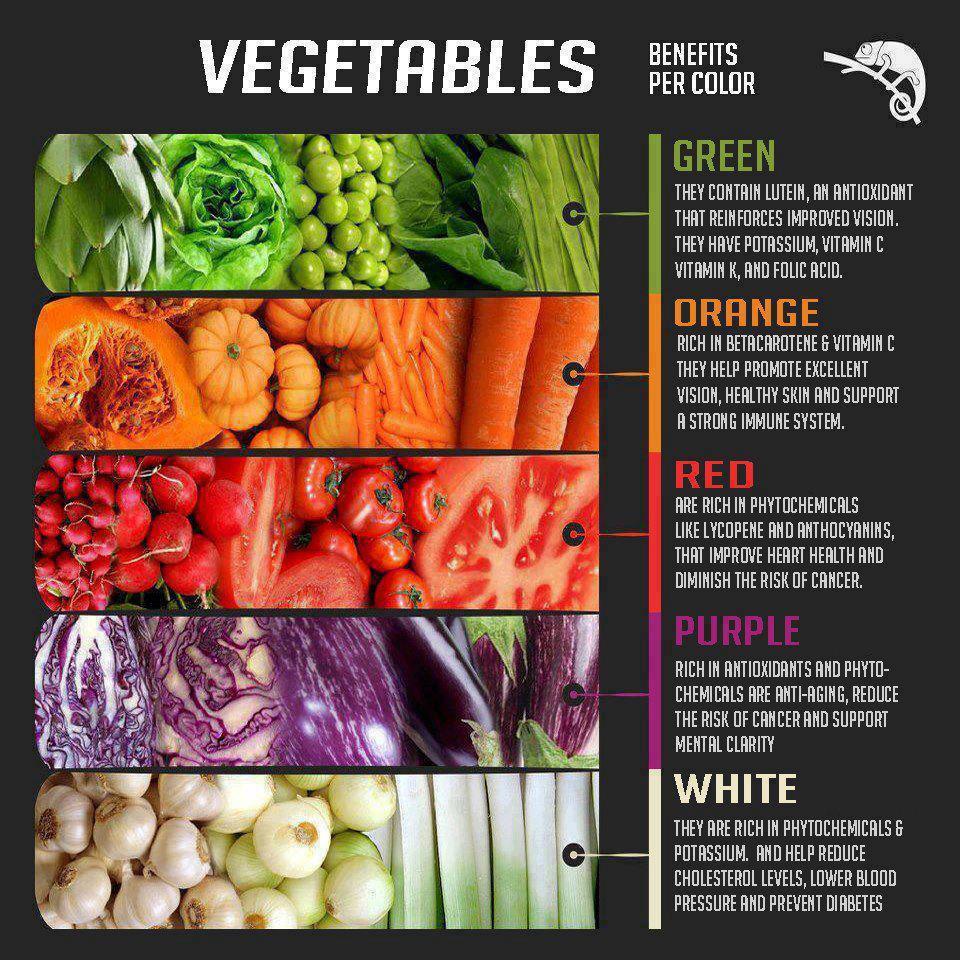 944456_381220005328429_2018352126_n
Meat is nourishing and containeth the elements of herbs, seeds, nuts, fruits & veg. Therefore sometimes it is essential for the sick and for the rehabilitation of health. There is no objection in the Law of God to the eating of meat if it is required. So if thy constitution is rather weak and thou findest meat useful, thou mayest eat it. (‘Abdu’l-Bahá, from a Tablet – translated from the Persian)

(It is noteworthy however, that any energy containeth within meat is itself first deriveth from plant sources (i.e. vegetation, fruits etc) where it is in its most natural and purest form. Only where there is little or no alternative to this can it said to be essential, for we know, as science shows us, that humans can survive for only a very limited time eating only animal based foods while on the other hand, feed humans only plant based foods and they will flourish).

“What will be the food of the future?” “Fruit and grains. The time will come when meat will no longer be eaten. Medical science is only in its infancy, yet it has shown that our natural diet is that which grows out of the ground. The people will gradually develop up to the condition of this natural food.” (‘Abdu’l-Bahá, cited in Julia M. Grundy. “Ten Days in the Light of ‘Akka”, rev. ed. (Wilmette: Bahá’í Publishing Trust, 1979), pp. 8-9)

Do not neglect medical treatment when it is necessary, but leave it off when health has been restored…. Treat disease through diet, by preference, refraining from the use of drugs; and if you find what is required in a single herb, do not resort to a compounded medicament. Abstain from drugs when the health is good, but administer them when necessary. (Bahá’u’lláh, cited in J. E. Esslemont, “Bahá’u’lláh and the New Era”, 5th rev. ed. (Wilmette: Bahá’í Publishing Trust, 1987), p. 106)

Yesterday at table we spoke of curative treatment and spiritual healing, which consists in treating maladies through the spiritual powers. Now let us speak of material healing. The science of medicine is still in a condition of infancy; it has not reached maturity. But when it has reached this point, cures will be performed by things which are not repulsive to the smell and taste of man — that is to say, by aliments, fruits and vegetables which are agreeable to the taste and have an agreeable smell. For the provoking cause of disease — that is to say, the cause of the entrance of disease into the human body — is either a physical one or is the effect of excitement of the nerves. But the principal causes of disease are physical, for the human body is composed of numerous elements, but in the measure of an especial equilibrium. As long as this equilibrium is maintained, man is preserved from disease; but if this essential balance, which is the pivot of the constitution, is disturbed, the constitution is disordered, and disease will supervene.

The majority of the diseases which overtake man also overtake the animal, but the animal is not cured by drugs. In the mountains, as in the wilderness, the animal’s physician is the power of taste and smell. The sick animal smells the plants that grow in the wilderness; he eats those that are sweet and fragrant to his smell and taste, and is cured. The cause of his healing is this. When the sugar ingredient has become diminished in his constitution, he begins to long for sweet things; therefore, he eats an herb with a sweet taste, for nature urges and guides him; its smell and taste please him, and he eats it. The sugar ingredient in his nature will be increased, and health will be restored. It is, therefore, evident that it is possible to cure by foods, aliments and fruits; but as today the science of medicine is imperfect, this fact is not yet fully grasped. When the science of medicine reaches perfection, treatment will be given by foods, aliments, fragrant fruits and vegetables, and by various waters, hot and cold in temperature. This discourse is brief; but, if God wills, at another time, when the occasion is suitable, this question will be more fully explained. (‘Abdu’l-Bahá, “Some Answered Questions”, pp. 257–59)

The child must, from the day of his birth, be provided with whatever is conducive to his health; and know ye this: so far as possible, the mother’s milk is best for, more agreeable and better suited to the child, unless she should fall ill or her milk should run entirely dry…. (‘Abdu’l-Bahá, from a Tablet – translated from the Persian) We should all visit the sick. When they are in sorrow and suffering, it is a real help and benefit to have a friend come. Happiness is a great healer to those who are ill. In the East it is the custom to call upon the patient often and meet him individually. The people in the East show the utmost kindness and compassion to the sick and suffering. This has greater effect than the remedy itself. You must always have this thought of love and affection when you visit the ailing and afflicted. (“The Promulgation of Universal Peace: Talks Delivered by ‘Abdu’l-Bahá during His Visit to the United States and Canada in 1912″ 2nd. ed. (Wilmette: Bahá’í Publishing Trust, 1982), p. 204)

Abdu’l-Bahá’s given name was `Abbás, but he preferred the title of `Abdu’l-Bahá (servant of the glory of God). He is commonly referred to in Bahá’í texts as “The Master”, and received the title of KBE after his personal storage of grain was used to relieve famine in Palestine following World War I, but never used the title. (Wikipedia)