“‘Mental illness’ is terribly misleading because the ‘mental disorders’ we diagnose are no more than descriptions of what clinicians observe people do or say, not at all well established diseases” — Allen Frances

What led us to CCHR?

We were petitioning for the release of ‘Stop The War Coalition’ supporter ‘X‘ from Newton Lodge Hospital (A Medium-High Secure Psychiatric Institution in Wakefield, West Yorkshire). ‘X‘ is a 31 year old man from Leeds West Yorkshire, who over the past five years has been active in welfare reform campaigns, standing in opposition to government welfare cuts and the subsequent cohesion & persecution of low income and disadvantaged families. (The first video in the following playlist is Dr. Thomas Szasz one of a handful of psychiatrists who reject the coercive medical psychiatric industrial complex from day one, in few sentences Szasz describes how coercive and opportunistic the psychiatric system is, and related to this case directly as do the consequent videos). In April 2011 ‘X‘ set out to join a Stop The War Coalition demonstration in London in response to the Government’s decision to support plans to bomb ‘Libya’. However, ‘X‘ was himself ‘suspected of carrying a bomb’ and was consequently arrested by counter-terrorist police. This suspicion was found to be false, although he was carrying his ‘kirpan’ and a number of items which the police used to blackmail/engage him into the mental heath system. ‘X‘ was offered an ultimatum of either facing terrorist charges, or play sick and spend a year in psychiatric institutions. ‘X‘ was ‘conveniently’ diagnosed with paranoid schizophrenia and autism and a close eye has been kept on ‘X‘ ever since, despite little or no compelling evidence for many of the trivial arguments used to justify his ‘forced’ engagement with forensic mental health services.

On the 1st of July 2014 ‘X‘ was hospitalised under the mental health act section 3 subsection 135 for no obvious reason. No clear reasons were given. ‘X‘ was informed that a call had been made from someone in London to someone in Leeds which subsequently led to his S3 S135 hospitalisation.

A week prior to this ‘X‘ had attended a stop the war demonstration in London, this time without carrying his ‘kirpan’ or anything that could be used against him should he again be suspected. This was the only plausible connection that ‘X‘ could make, hence he reasoned that maybe he had been witnessed in London by the Police who may again have suspected him of some wrongdoing; hence contacting Leeds forensic services to have him sectioned off. Is this an unreasonable conspiracy theory? Particular Doctors have implied this to be the case and argued that such ideas are symptomatic of paranoia and that he is ‘holding beliefs of a persecutory nature‘, even though the U.K. Police safeguarding agency CHANNEL are clearly involved and have been advising the Doctors on how to do their Job. As noted, a call from London to Leeds was made that carried MHA 3 S135 implications for ‘X‘, in addition to CHANNEL instructing ‘X‘’s consultant psychiatrist. But on the whole, the Doctors and the Community Forensic Team who have both been in control of X‘s ‘care plans’ have been at pains to conceal any relationship between the policing agencies and themselves, sound familiar? There is more to this that we will cover elsewhere, but we should be aware any minor offence resulting in caution or any alleged history of violence seems to give policing agencies power to Section and produce sinister care plans for them.

1). That ‘X‘ has ‘missed his appointment to receive his medication and failed to respond’ to her emails in the month prior to their section (June); she now claims that there was evidence of his self care deteriorating despite noting it being adequate the month before (May) and not seeing him since then 2). The AMHP then states that she made a call to his mother at some point in June (despite ‘X‘ withdrawing his consent for her to do so in January) his mother allegedly told her that ‘he had offered to kill his brother at his parent’s request’, he was reported to have told his brother a). that he had acquired some poison with which he could end his life, and b). that he had been to London to visit Parliament. ‘X‘ accepts the latter, the fact is that he attended a stop the war demo 3). AMHP states ‘it is at this point the decision was made to assess him under the MHA’, hence the S3 and S135 police intervention.

‘X‘ was never offered to voluntarily go to hospital to receive his medication/treatment; no attempt was made to redeliver his mediation following a missed appointment. No attempt to consult his parents before they carried out the MHA assessment and section, apparently because ‘his father does not speak English’.

The MHA S3 S135 completely took ‘X‘ by surprise, he was shook up, and traumatised by the assault, he has been moved around to at least 4 hospitals within the space of 2 months. It has never been made clear to him why he was sectioned. It seems that the clinicians are not even sure themselves. They argue that he has presented with some paranoia but there has been no evidence of any violent, hostile or abuse behaviour. In order to help raise awareness about the collusion of public services/agencies, abuses of authority, psychiatric blackmail and the consequent coercive/forced medicine please come forward with any relevant information, names or personal accounts of mistreatment and we’ll do our utmost to support disseminate truth.

In August 2014 ‘X‘ was sent to Newton Lodge Medium Secure Psychiatric Hospital following a fall out with his psychiatrist Dr. Leung. Dr. Leung had more grounds to release X than to authorise his transfer to Newton Lodge but following ‘the fall out’ (to be updated) coupled with pressure from counter terror agencies such as ‘CHANNEL and his inability to practice ‘honest’ psychiatry, Dr. Leung conceded and support another injustice. All the time while ‘X‘ resided at Newton Lodge his mental health was never really in question, although conforming to delusional psychiatry X’s new psychiatrist Dr. Roney was perplexed by the whole thing, and had to weight up X’s ordinary pleasant polite and curtious behaviour against all the fabricated notes/claims and pressure from CHANNEL. X was very shook up when first detained to due to the abrupt way that he was taken out of the community without any consultation/indication/warning or anything, it was purely an abuse of authority and involved racism. 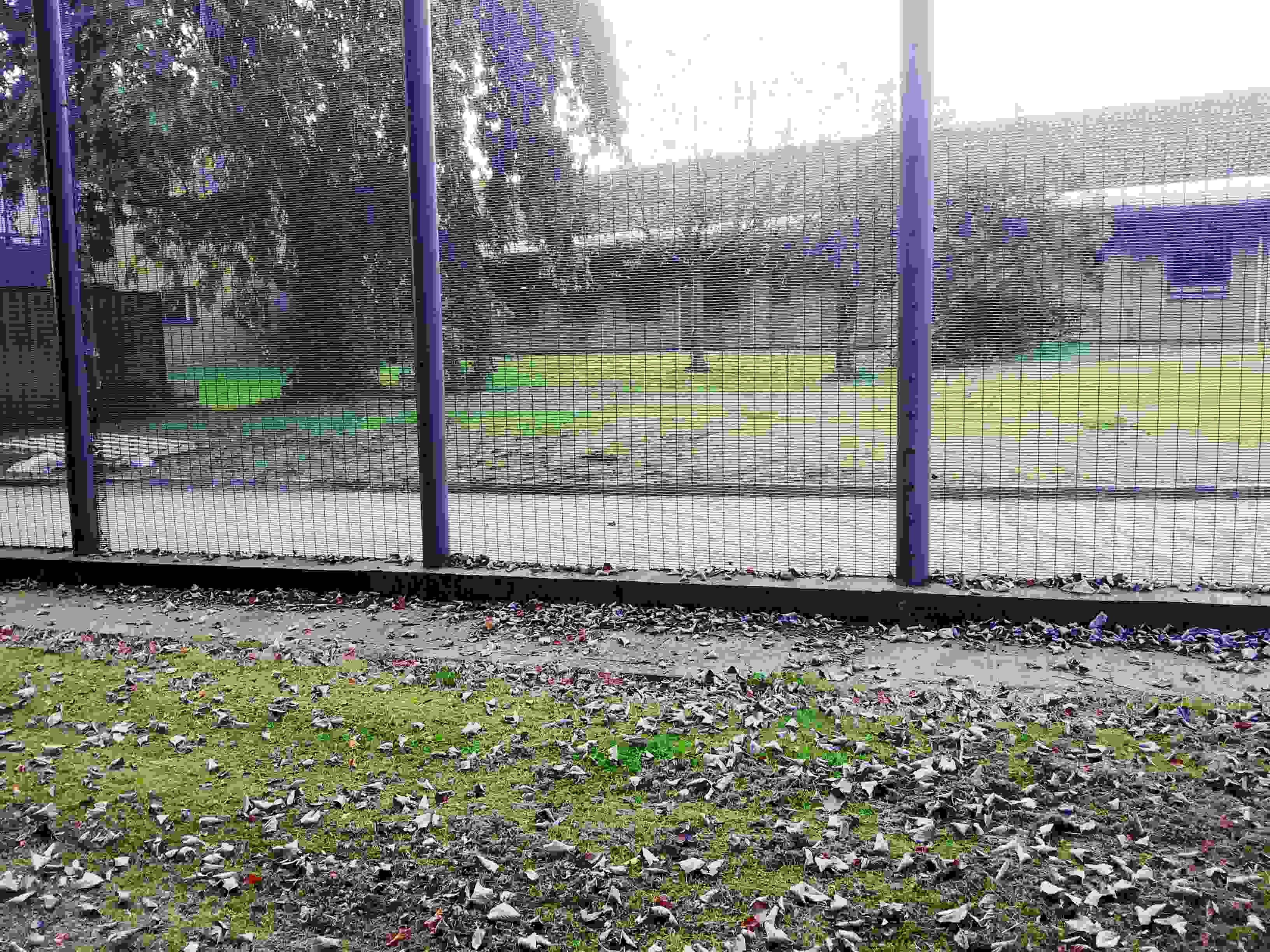 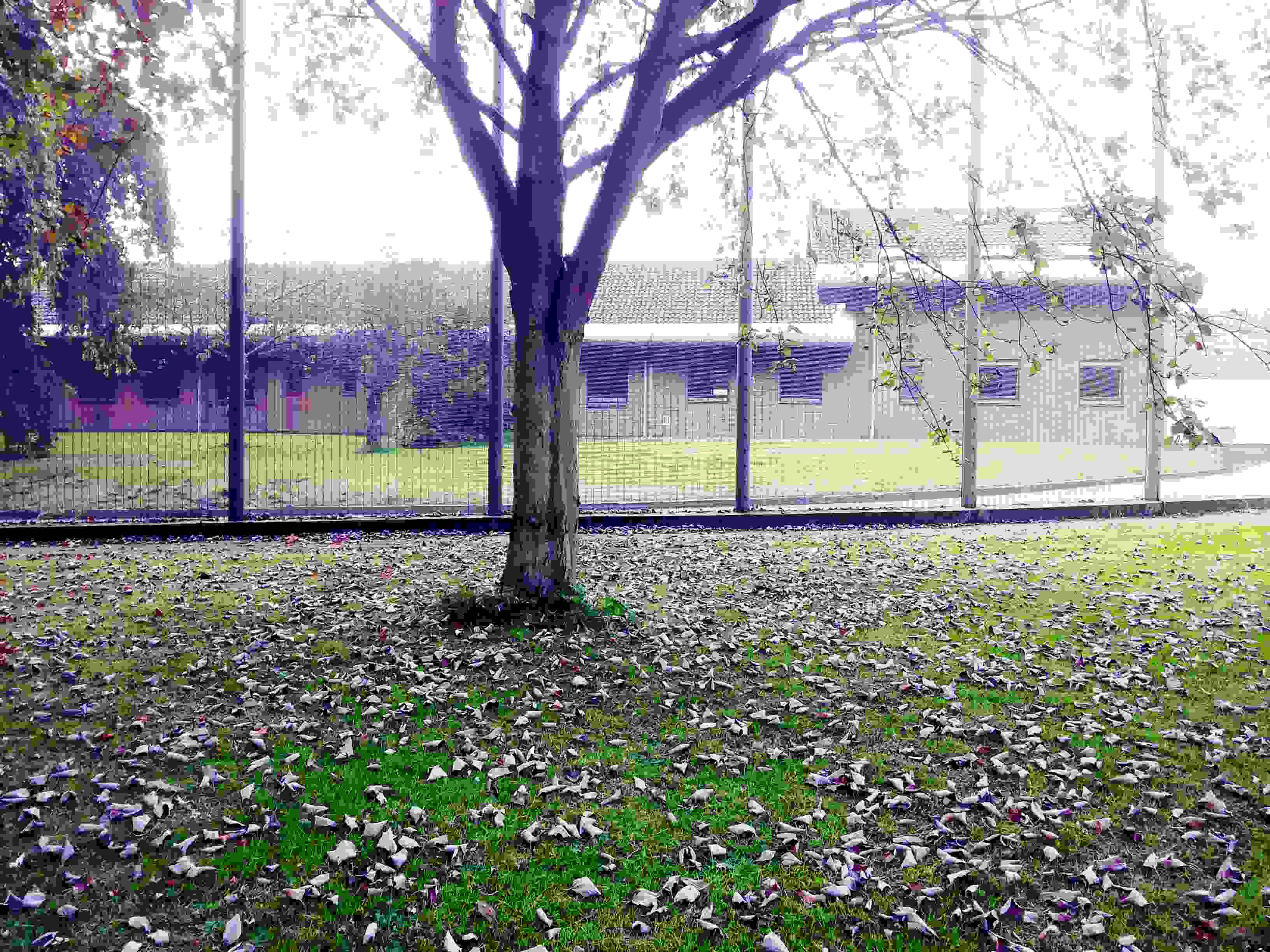 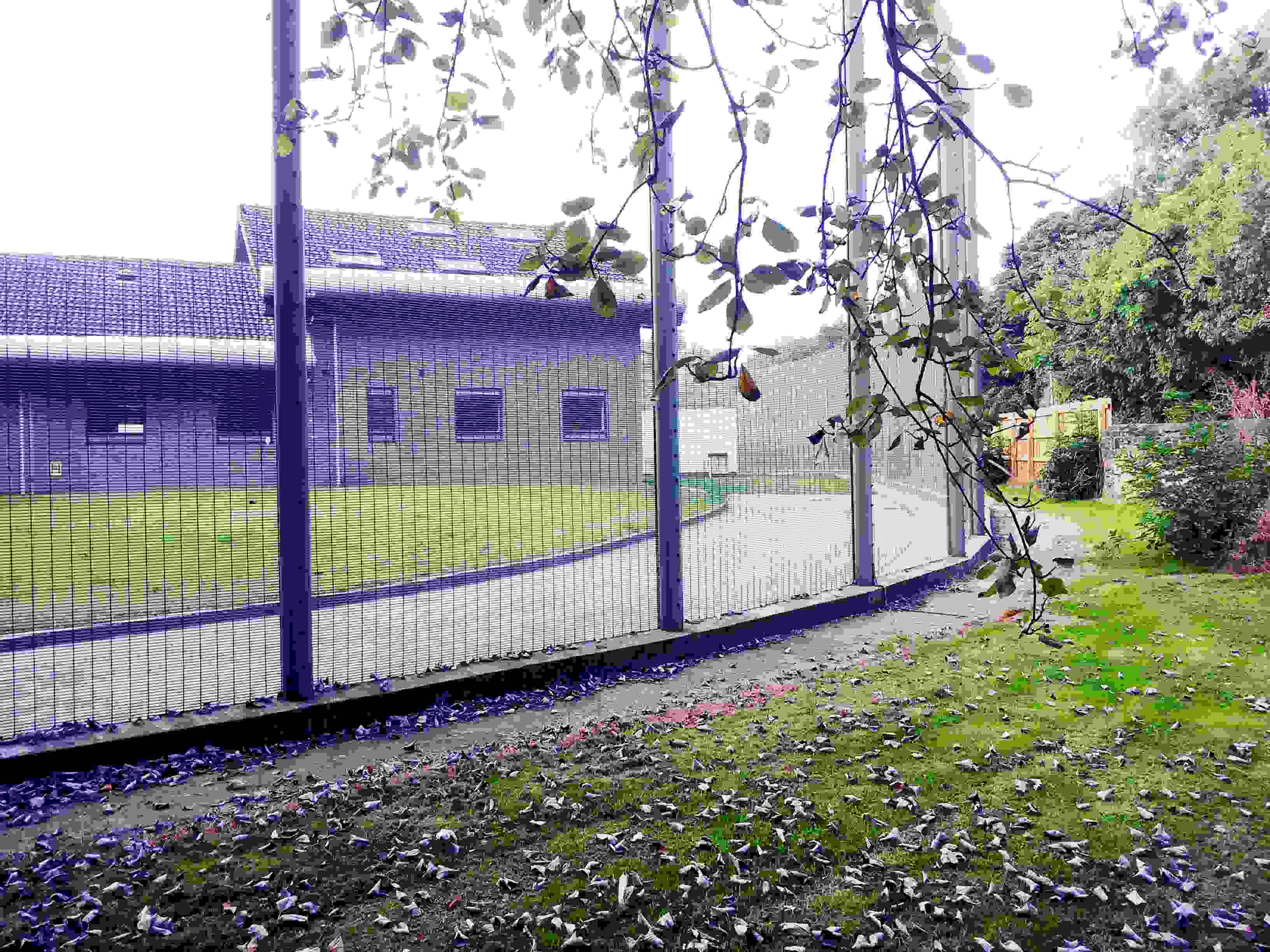 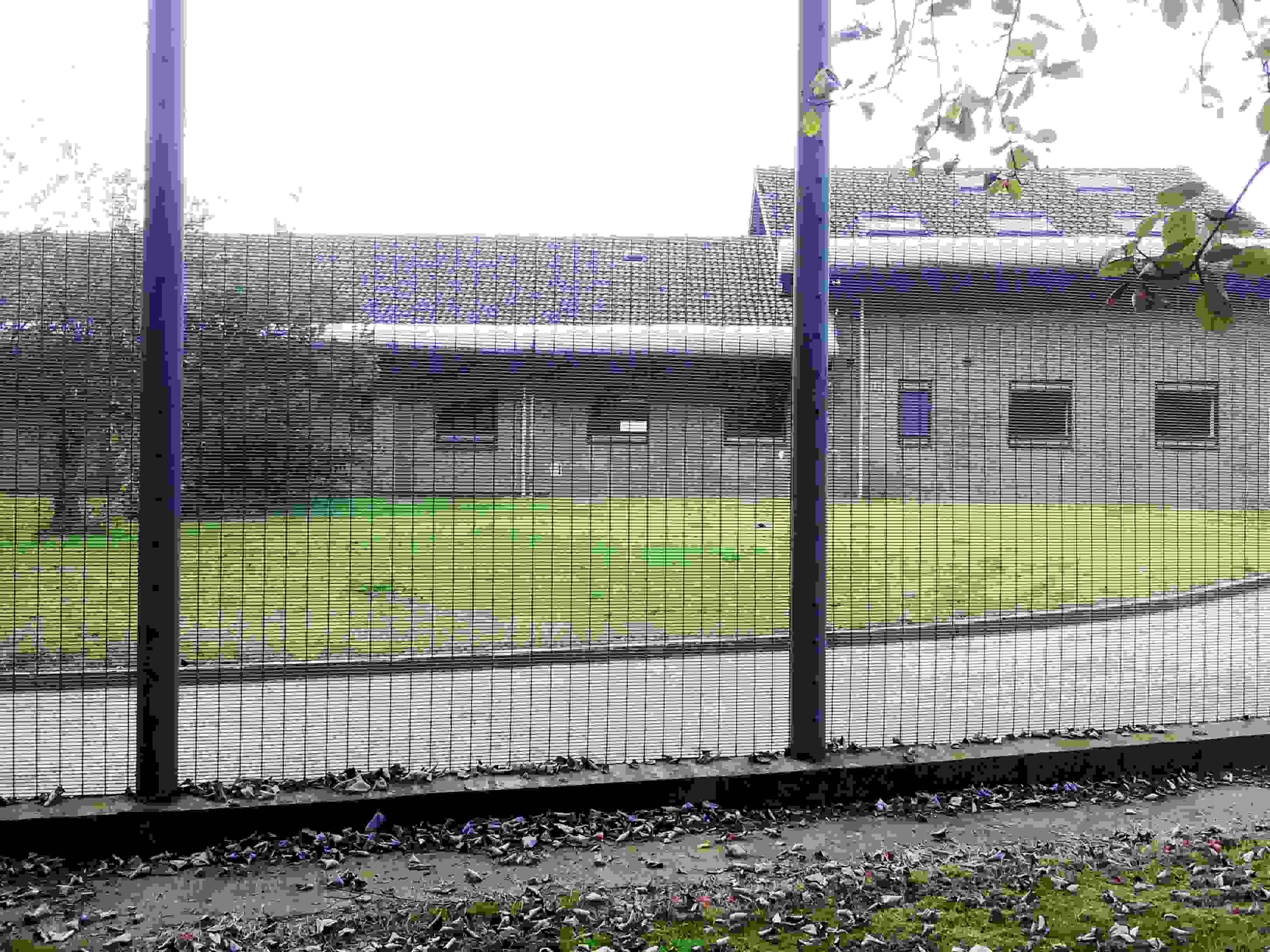 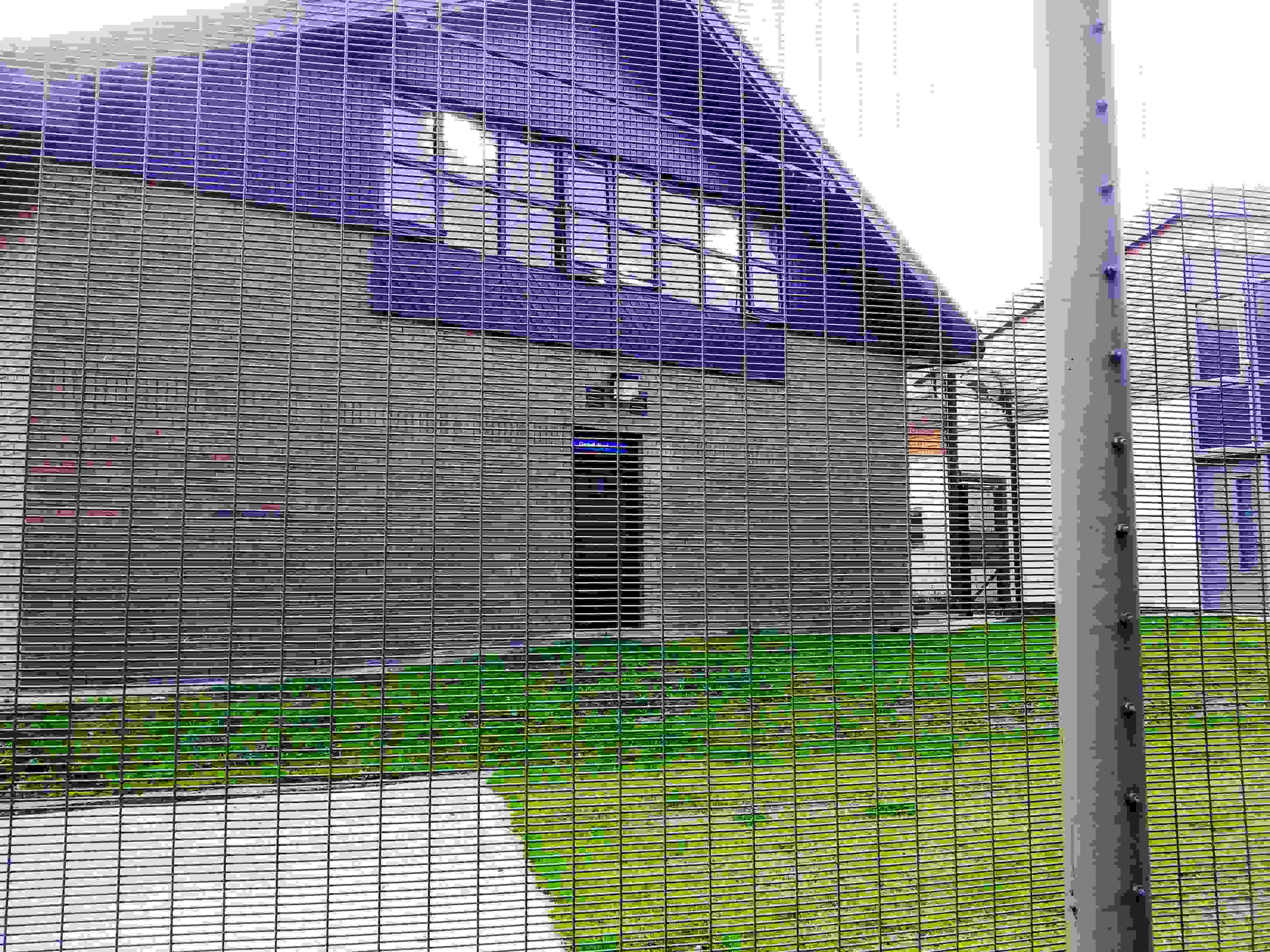 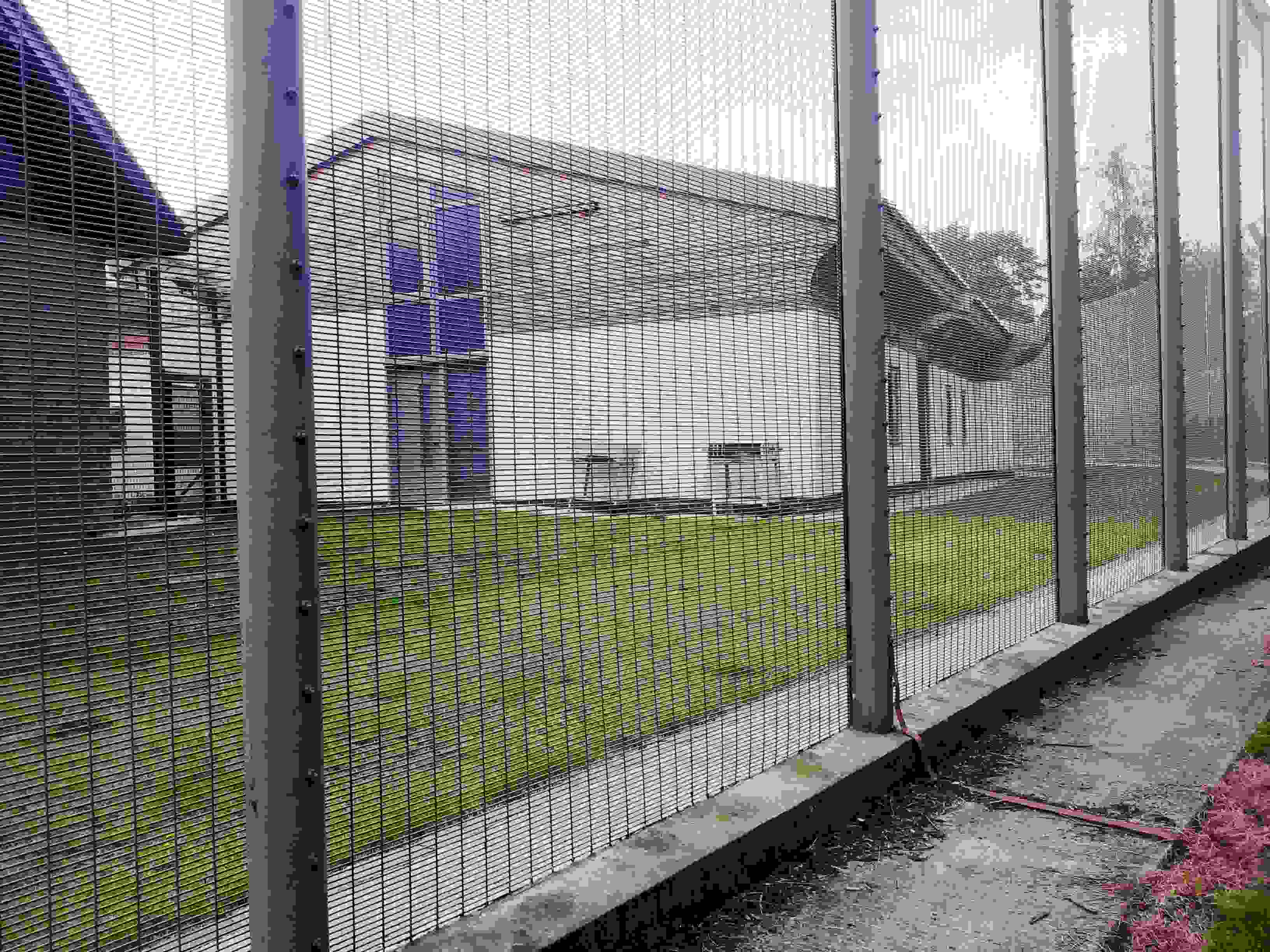 Because X refused to have an arranged marriage and conform to some family/religious traditions, his relatives sadly felt distant from X, also the fact that they had migrated to England they did not want to go against, or question the system.

The extent to which CHANNEL (UK Safeguarding / Border Control Agency) & PREVENT are colluding with with the National Health Service (NHS) and other Public Sectors would be near impossible for someone like X who was blitzed out of the community, drugged up and victimised to actually make sense of and identify the sources of their ‘persecution’ (another claim used to justify X was that he was ‘holding beliefs of a persecutory nature’ – which of course can be none other than paranoia). However the fact that X was very keen on reading the medical reports/notes etc, which they always dragged out, never arrived until near appeal date, leaving virtually no time for X to prepare, at least this allowed us to analyse the inconsistencies, fabrication, disinformation and misrepresentation of X and hence unveil some of the gross negligence, abuses of authority and an idea about the extent to which PREVENT/CHANNEL were involved (Taking vulnerable persons ((primarily ‘suspected Muslims’)) out of the community and into the psychiatric system – Racism in the police force. More on prevent: A CRADLE TO GRAVE POLICE-STATE).

This is clearly a very traumatic and disempowering experience for anyone subjected to this kind of abuse, of course forced psychiatry and detention is not always motivated by racist foreign policy, this has become very clear through all of this, but one motivation that is common to all is that it is a very very lucrative malpractice for many of those involved and involves large amounts of public/tax payers earnings being siphon out of the public purse and manly into the wallets of various government quacks & authorities.

The Farrell Report argues that UK Police are more a danger to the British Public than Islamic Extremism, or the Irish Dissident Republic combined, hence the sacking of Ex-Principle Intelligence Analyst Tony Farrell

As long as this police chief stays, paedophiles and sex abusers will get away with it, writes SIMON DANCZUK